With fascinating museums, royal palaces, stunning abbeys, exotic gardens and ancient castles rubbing shoulders with modern icons of architecture London really is a tourist’s dream come true. The sight of a black Hackney cab, a red London bus or the iconic London Underground map is an exciting reminder that you have arrived in one of the most famous cities in the world.

Narrowing down London’s tourist offerings to just seven ‘don’t miss’ options is an incredibly tough challenge, but here are the seven top drawer attractions we’ve come up with:

1. The Tower of London

There is so much history contained in this World Heritage royal palace-fortress, that a single visit is rarely enough to take it all in. At its heart is the awe-inspiring White Tower (which is where the castle’s name comes from) built under the direction of William the Conqueror in 1078 and containing an 11th Century Romanesque chapel. Then there’s the Royal Armoury, the Crown Jewels, the famous Yeoman Warders (or “Beefeaters”) in their black and red garb and the ever-present ravens. Famous captives of the terrifying torture tower include Henry VI; two of Henry VIII’s wives (Anne Boleyn and Catherine Howard) and the infamous Guy Fawkes. The most recent inmates of the forbidding prison were none other than the notorious Kray twins!

The castle sits on the banks of the Thames, separated from the City of London by Tower Hill which used to hold public executions. A visit to the Tower will cost £22 on the gate (£20.90 in advance). 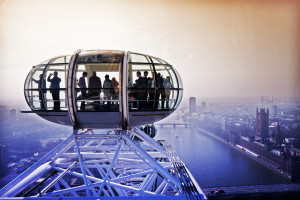 The London Eye might have lost its status as the world’s tallest Ferris wheel, but it still draws in the crowds and is officially London’s most popular paid tourist attraction, giving 3.5 million passengers a year spectacular views of the London skyline. Standing at 135 metres (443 feet), the iconic observation wheel contains 32 capsules and turns so slowly that passengers can normally board and alight without it stopping. A basic ticket will set you back £20.95 (£17.96 in advance), but there are plenty of variations and upgrades on offer, including split day and night rides; fast-track entry; private capsules; romantic specials and the champagne experience, where you can sip some Pommey Brut Royal while avoiding the queues. The Eye, also known as the Millennium Wheel, opens at 10am daily (apart from Christmas Day) and normally runs until 8.30 to 9pm (3pm on New Year’s Eve). 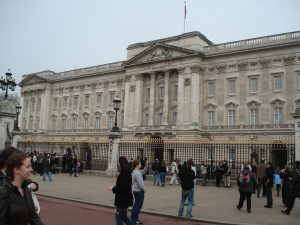 Built at the turn of the 18th Century, Buckingham Palace captures the imagination of many overseas visitors whether it is for the splendid Changing of the Guard ceremony that takes place most mornings; the chance to visit the 19 state rooms open to the public in the summer or simply the fact that, in the 21st Century, there exists a fully functional royal palace in the heart of London. The Palace has been the main residence of the monarch since Queen Victoria’s accession in 1837 which includes the current Queen, Elizabeth II. It is also the working headquarters of the Royal Family as well as being a ceremonial venue hosting over 50,000 guests per year. There are a grand total of 775 rooms, including the ballroom which, at 36 x 18m, was once the largest room in London.

To visit only the state rooms costs £19.75, but if you can afford a little extra there is also a Royal Day out option (which includes the Queen’s Gallery and Royal Mews), a Garden Highlights Tour and evening tours. 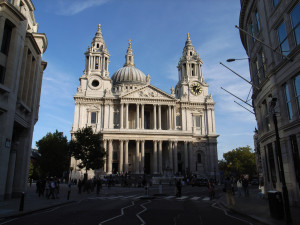 Although various cathedrals to St Paul had existed on Ludgate Hill since pre-Norman times, the present Baroque cathedral was started in 1675 and completed (officially) on Christmas Day 1711 from the designs of Sir Christopher Wren, who had envisioned the famous dome even before the Great Fire of London which virtually destroyed the previous cathedral in 1666. The current cathedral was based on St Peter’s Basilica in the Vatican City and until 1962 was the largest building on the London skyline. Even today, its area is second only to that of Liverpool Cathedral. As well as being a feature on many London postcards, the images of the cathedral being saved by heroic firefighters during the Blitz has been etched on the hearts of patriotic Londoners.

Costs to visit St Paul’s for sightseeing are £16.50, where visitors can test the amazing acoustics in the Whispering Gallery before climbing to the Golden Gallery for the view. Sightseeing closes at 4.30pm and on Sundays when it is reserved for worship.

5. Big Ben & The Palace of Westminster 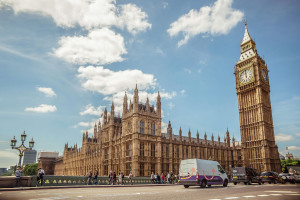 Big Ben and the Palace of Westminster are really two tourist attractions rolled into one, although overseas visitors will have to be content with marvelling at the iconic clock tower as tours are reserved for UK residents. If you weren’t already aware, Big Ben is the nickname for the Great Bell in the clock tower which is actually called Elizabeth Tower!

The tower stands proudly at the north end of the Palace of Westminster. Although it was once a royal residence (before 1529 when one of numerous fires drove the royal family away), the Palace of Westminster is now largely a place of debate, usually referred to as the Houses of Parliament. These are the House of Commons, where MPs sit on the famous green-upholstered seats, and the House of Lords, furnished in red. Overseas visitors are able to attend debates and even the weekly Prime Minister’s Questions session, although tickets are reserved for UK residents and queues do not guarantee entry. On the other hand, entry is free. 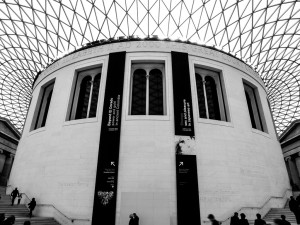 For a breathtaking journey through the entirety of human history, from prehistory to the current era, the British Museum is a must for every London tourist. Amongst its seven million plus artefacts are the famous Rosetta Stone, which enabled historians to finally decipher Ancient Egyptian heiroglyphics, and the largest collection of mummies outside of Egypt. Entrance to the British Museum is free, although there is a charge for special exhibitions. There is also plenty for children to do with free activity backpacks on offer and special child-friendly events.

Although the three Kensington museums are within walking distance of one another, there is so much contained in each one, you could easily spend a whole weekend – and more – exploring them all. The museums are:

The Science Museum – Whether you are interested in the story of space travel, the properties of materials or the history of medicine, the Science Museum will keep you enthralled. There are plenty of hands-on activities for young and old, including the popular interactive Launchpad gallery for teens.

The Victoria & Albert Museum – Boasting the largest fashion collection in the world and exhibits of everything from architecture and ceramics to paintings and sculptures, the V&A museum of art and design is another unmissable venue for tourists.

Entry to the three museums is free.

Copyright 2019 MovingtoLondon.net - The Expat Guide to Moving to London
Manage Cookie Consent
To provide the best experiences, we use technologies like cookies to store and/or access device information. Consenting to these technologies will allow us to process data such as browsing behavior or unique IDs on this site. Not consenting or withdrawing consent, may adversely affect certain features and functions.
Manage options Manage services Manage vendors Read more about these purposes
View preferences
{title} {title} {title}